One keeps living on,

but has no idea

how it is even possible.

Can lungs that breathe

Can a body with a cavernous

hole in its center

Can a mind with no meaning

I am living proof

Three lost days when I was sure –

my home, my mind.

His legs and life melted beneath him.

I witnessed my warm earth quake and dissolve.

One prophet said he was near death.

One beloved prophet declared the sands will shift.

Be prepared to act.

One prophetess told me his diagnosis

One prophetess said it is miraculous

how he has come back.

One prophetess sent me Light and promised

I would see God work this day. 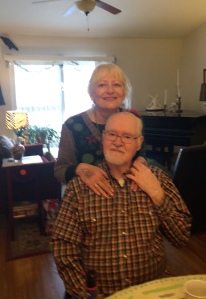 There is a kind of peace knowing I treasured you.

You hurt and disappointed. I forgive all involved.

I love you still.

Of beauty, pride, making an impression,

Having meaning in life,

You are winner without question.

My life was a phantom of being loveless without you.

My essence was an unfinished sentence . . . .

I no longer have to be completed by the likes of you.

In the end,  he was simply unable

to be courageous and transparent.

I do not blame him.

It’s the centuries of inbred obtusity.

He has faded like twilight shadows.
I am newly aware I could never please.
I recall his delight in me once sheltered from sorrow.
Oh, light many candles on my altar.
Grieve with me in silence over the loss of our joy.

I delete 100 of your texts every day.

The years you and I conversed with joy.

There was a time you were eager to contact me

You sang love songs to me.

We wrote poetry together.

You knew me more and better than anyone

Ever in my long life.

I know you better than even your mother knows you.

You were the one who had my confidence and trust.

Your family, home and friends were mine.

Over the months you backed away —

I became angry and sad.

You became angry and sad.

Then the fighting began —

There never was or ever will be

And yet you withdrew.

My Dear Self, I need some answers.

From ego driven self:

How do I handle this being hot as coals on my head angry? I feel kicked to the curb. I have been used. I have been made promises that were never intended to be kept – misled — probably laughed at. Now my pain is being used against me. It tastes bitter. I invested self-consuming love and trust. Now I am cast aside.

Remember. It isn’t like I went in sightless. Is it wrong to choose to love someone? Is it dishonorable to give, even to someone who is giving little back? I knew. I chose to love based on examples of those who suffer for others and give, give, give. So, there are false promises that were believed at the time they were given. Big deal. No denying this person is delightful company. My joy is real. Even if someone else’s joy is not. That is punishment – for them to never feel genuine joy. I was sincere. No one can rob me of that. I built another’s new life for them. Their choice of dishonesty carries its own punishment. For me, no fear. No authentic loss. Maybe disappointment that turns into a lesson learned.

From the Divine Witness:

This has no importance. The True Source of You is present in, with, before and behind it all. Your serene power is forever protected. Deceit gains nothing. It cost you nothing essential. You are not harmed, but helped. You are not weakened, but strengthened. Your love has grown more fruitful. You have not become more imprisoned, but more free. Rest. I protect you from “being taken” – there is no such thing. I give you freedom to love. No hate can poison Me/You. It is all harmless.

to love the Divine above all else.

Seems to be the by-product of letting go voluntarily —

then having even more ripped from you.

There comes a point when you have nothing remaining

except a shred of Hope.

to the greed of one person and a system without a whisper of humanity.

within three years he lost his health.

(His wife tells him, he has not lost his looks.)

he gradually became unusable to ones who looked upon him

as an object to be used.

near and extended family and friends

fell away one by one.

He is rarely paid much attention.

What he does not lose

is his serene detachment from his chattering ego —

his Zen-like one liner philosophy and

faith in the Joy of living.

he does not lose me —

his first love and second wife.

I am in the grasp of the Divine Taz,

This has been transpiring relentlessly for many months.

Sometimes the whirlwind is more than I think I can bear.

which seems to be quite a lot —

and gasp at the swirling, breath-giving scape

from above, below, within.

I have sometimes felt unsafe, but not one scratch.

Many helpers whirl with me.

What better passion than to reel

in the company and design of Holy Taz.